No. I always think of forums such as this one as kind of the "anti facebook".

Location
Sweet, sweet, U S of A.

A lot of the who's who, in the past decade, have gotten to know eachother over facebook, from here; but, those years are bygone, for one, and for two, there isn't any official facebook presence I'm aware of.

I don't use facebook myself. I got off the platform around 2011 when I received news they would be using people's pictures to feed into facial recognition for surveillance and identification, not kewl.

It was easy for me to let go of though, because Social Media and me never really got along anyway; I was never at the top of any popularity contests, my family were the last people I'd want to be talking to publicly over the internet, and I prefer privacy in general.

Back in the day, sharing your real name, much less a picture of yourself on the internet, was a big no-no, with good reason. You reserved such things for people who had earned some trust from you.

It completely baffles me, as to why people feel the need to put their entire lives up on the internet for everyone to see (not to mention for multinationals to build profiles on them, so they can sell the information to third parties for at best, targetted marketing purposes.) It's kind of insulting, actually, lol. You're that important huh? I mean, some people actually are, that important. They have a career and are marketing themselves, or they are an official of some kind, or an organizer, or a celebrity, or even perhaps a want-to-be celebrity, etc. etc..

But Sally's labradoodle, though cute, is not important by my standards.

Privacy is a right; but, most people are content to completely waive that right for silly reasons they don't want to think through. And these are the people who won't complain until the social credit score system and digital economy, blacklists them, for falling out of favor with the establishment...

Are the who's shadows?

Location
Sweet, sweet, U S of A.

Adamridge79 said:
Are the who's shadows?
Click to expand...

I've said too much already...

I answered to your laugh..wait...do shadows laugh? Yes, before they murder you. Oh, that's comforting

Shit..did I break the fourth wall? And if I did...what?

(Morgan Freeman's voice) *It was then that @Adamridge79 suspected he was in the matrix, and his whole life was just a fantasy....


They DO have a Discord server you can use to chat more, if you're interested, @Trevor.

There used to be a Facebook page. A long time ago. Not anymore, as far as I'm aware.

This may have been one of the first images of ALL or not. ha! ha! 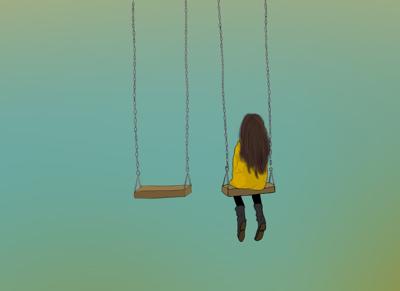 sparkyn98 said:
(Morgan Freeman's voice) *It was then that @Adamridge79 suspected he was in the matrix, and his whole life was just a fantasy....
Click to expand...

getting more people to join the forum site

J
What are some of the best dating sites for a shy loner?
2

feed back on this